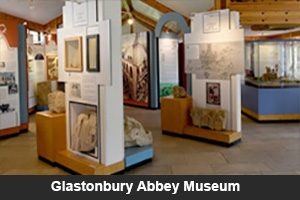 Glastonbury Abbey Museum
Magdalene Street, Glastonbury BA6 9EL – 01458 832267
Featuring various items from the abbey’s collections including a magnificent 16th Century Orthery Cope. There’s also a model of the abbey as it might have looked in 1539 which will help you picture how the ruins you explore during your visit looked in all their splendour. 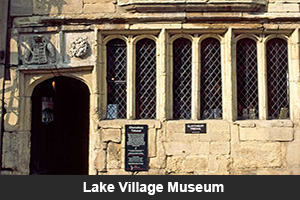 Lake Village Museum – CLOSED
Glastonbury Tribunal, 9 High Street, Glastonbury BA6 9DP – 01458 832162
A fascinating insight into everyday life in an Iron-Age settlement when much of Somerset’s landscape was covered by marshy sea. Although these marshes have long since been artificially drained, the excellent preservative properties of the peaty wetland soils in the Glastonbury area left an archaeological legacy of international importance.
History of the Lake Village 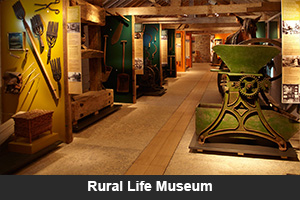 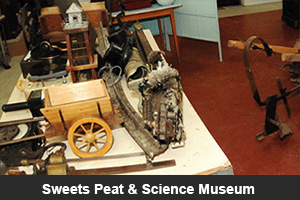 Sweets Peat & Science Museum
Sweets Tea Rooms, Blakeway, Wedmore BS28 4UE – 07830 211544
A little know hidden gem – full of curiosities that you just won’t see elsewhere. A lifetime of collecting , a family history of working the levels and a love of Peat industry heritage on the Sedgemoor Levels is collected together here. Unique artifacts including parts from a crashed WW1 bomber, retro radio’s and items that have revealed themselves from the peat works over the years. Open Weds – Sun 10am – 4pm