This evening – Glastonbury Town Council declared a ‘Climate Emergency’ and pledged to make the operation of Council carbon neutral by 2030; with cross-party support for the #ClimateEmergency Motion proposed by Cllr Lindsay MacDougall and seconded by Cllr Jon Cousins.

Climate Emergency Motion:
In light of the Intergovernmental Panel on Global Warming’s 2018 special report on Climate Change – warning of the dire consequences of a 1.5 degree rise in global temperatures, and highlighting the need for rapid, far-reaching, and unprecedented changes in all aspects of society – this Council declares a ‘Climate Emergency’ and will:
1) continue to show foresight and leadership when it comes to addressing the issue of Climate Change, having adopted an Environmental Charter, opposed fracking in the Mendips and throughout the UK, installed solar panels on the Town Hall roof, and banned single use plastics;
2) pledge to make the operation of Glastonbury Town Council carbon neutral by 2030, taking into account both production and consumption emissions. 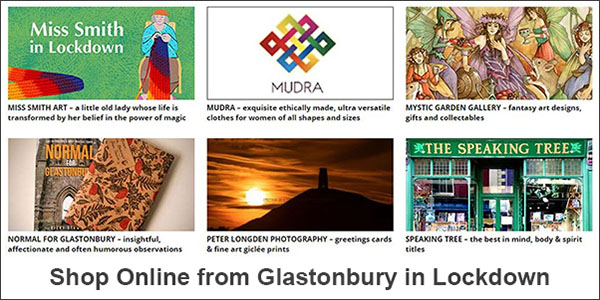 The Tuesday Market in St Dunstan’s Car Park has been suspended with immediate effect by Mendip District Council. All Mendip Markets are included in the […]
This December Glastonbury is becoming a living advent calendar. On each day in December a new window will ‘open’, the lights will turn on and […]